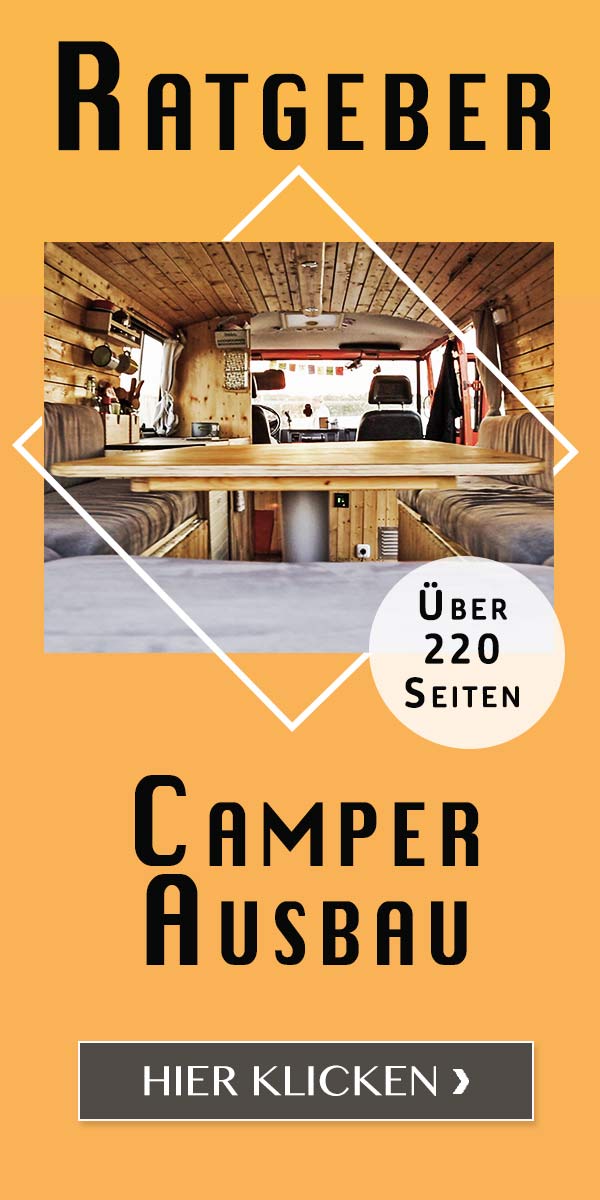 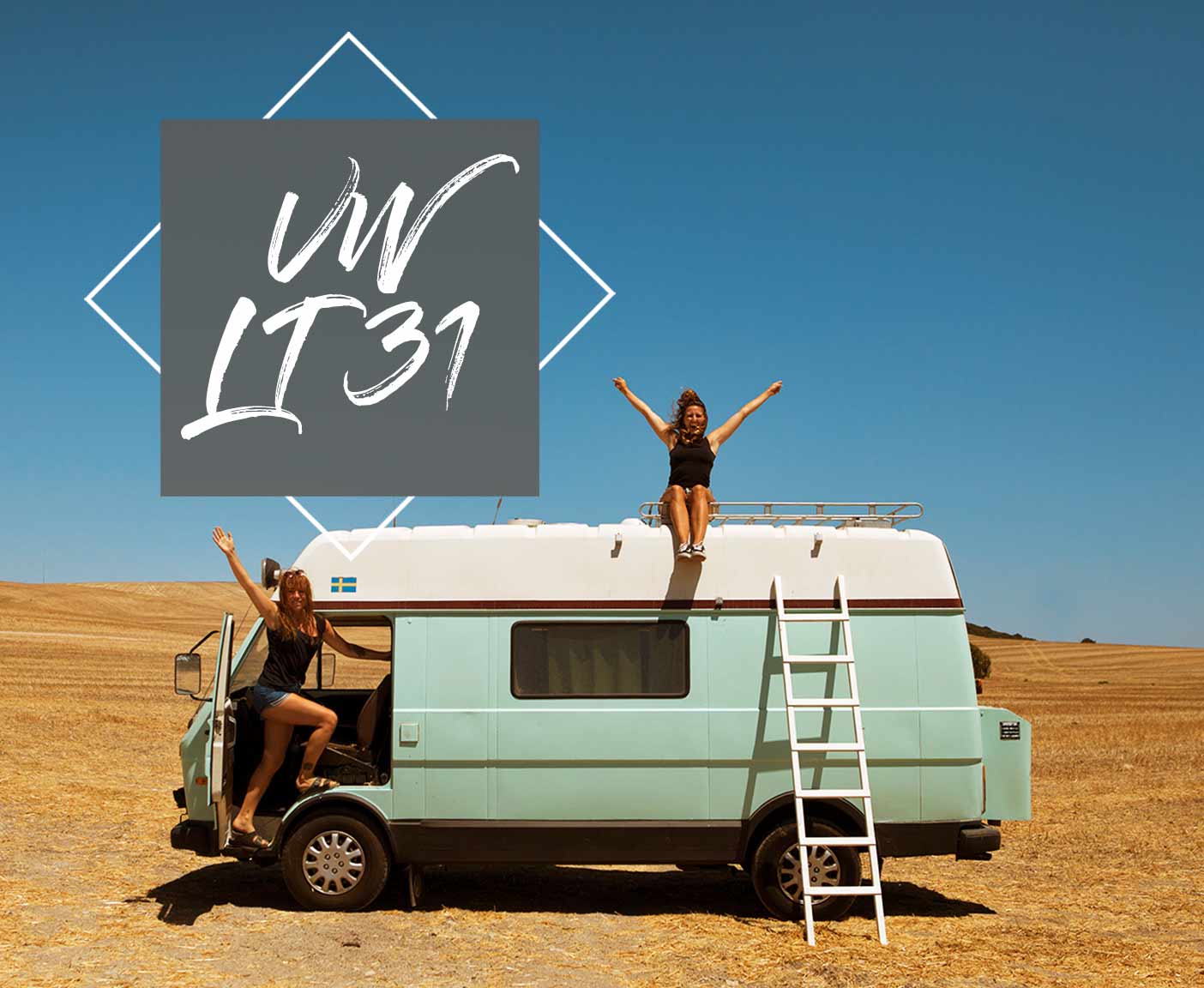 Julia and Hedvig from Sweden, two best friends travelling Europe with their sibling dogs Rufus and Skruffa in a VW Camper – LT 31.

Tell me a bit about you first, we wanna know you a little bit!

We are Julia and Hedvig from Sweden, two best friends travelling Europe with our sibling dogs Rufus and Skruffa. We are both 29 years old, and we have known each other since high school. 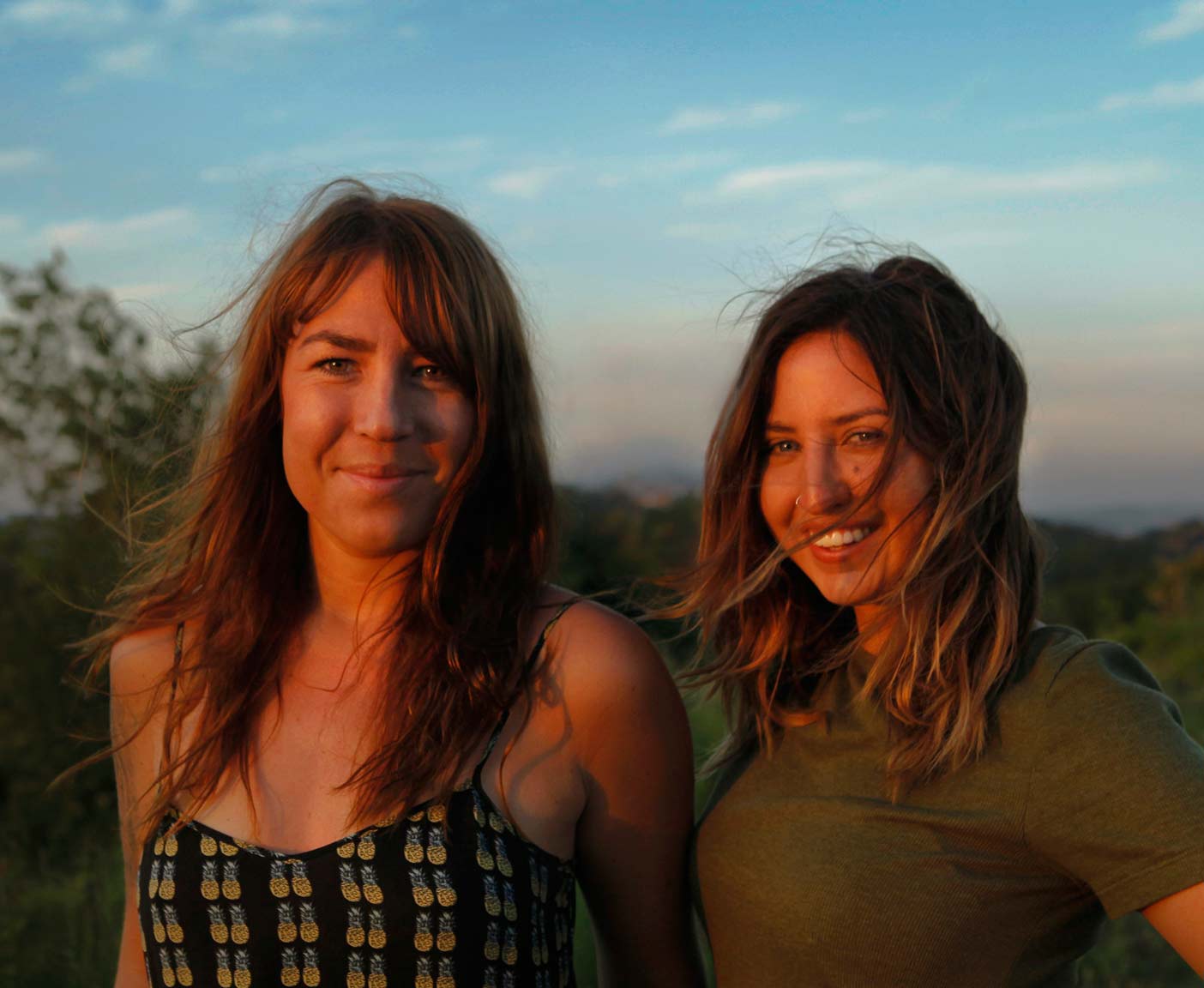 How did you end up living this lifestyle?

We have always shared the same visions about life and we are also explorers. After secondary high school, we both took off to different countries. Hedvig moved to Copenhagen and became a photographer and Julia travelled the world.

After a few years we moved in together in London to focus on our careers. However, after some time in London things started to go downhill for both of us. We felt trapped in a treadmill and something was missing.

We started to dream about freedom and the easy life, and that’s when we decided to leave all that behind and bought ourselves a van.

You are traveling together. What is the best and what is the worst thing about that?

Tough one 😉 Everyone thought we were downright crazy thinking we could possible live together in such small place without killing each other.

The first three months was actually the hardest, getting used to each other’s habits and the fact that we would never have any personal space. At one point Julia tried to move out, but she moved back in again after three weeks, haha.

But we found paradise in Portugal, and that’s when things started to become easy. We both became happy and free, and suddenly the space thing wasn’t such a problem.

But we must say that our dogs have saved us from fights many times. They have brought us lots of joy and laughs, keeping us in generally good mood.

Why did you choose the VW Camper?

Since we both don’t know anything about vehicles and what’s smart to buy, we decided to go for the look: the classical Volkswagen hippie car. 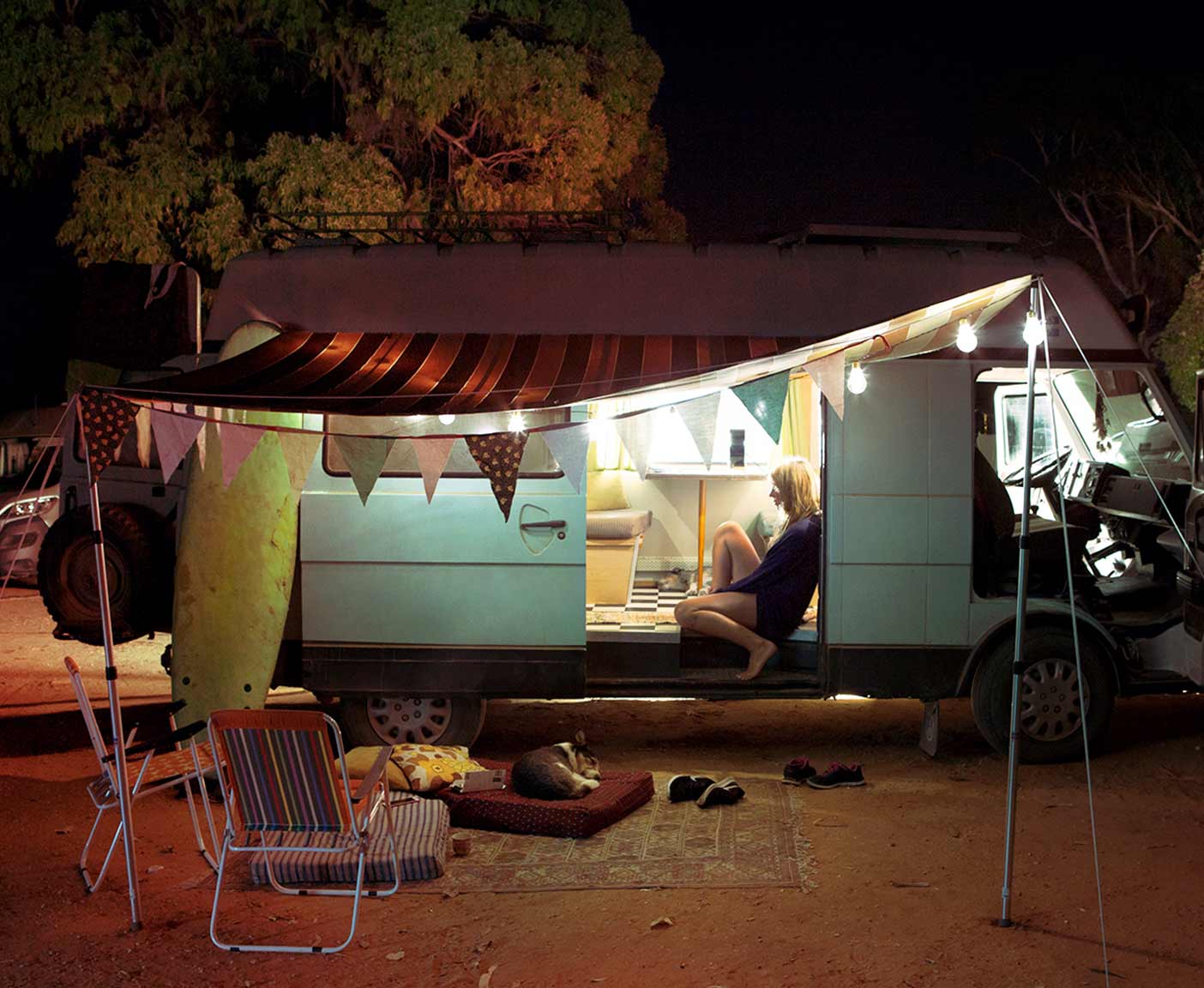 Did you work anything on your VW Camper yourself or did you get a carpenter?

We refurbished the car all by ourselves (with a little help of course). We painted it turquoise (it was military green before), changed the floor and built a large double bed.

How long did you worked on your VW Camper before you started your trip?

We bought the van in early June 2017, and two months later we were on the road.

Tell me like 2-3 Things that you really love about traveling with a camper.

The first thing we really appreciated is that we learned to live with less. Less water, less space, less things. It was really freeing in a way. And being able to live anywhere at any time!

We could choose to stay or go, and of course waking up to magical sceneries and different places.

Which countries did you travel to with your VW Camper?

We visited 10 countries in total on our journey.

Not really, but before leaving we had an idea of spending most of our time in Spain, but ended up falling in love with Portugal instead. 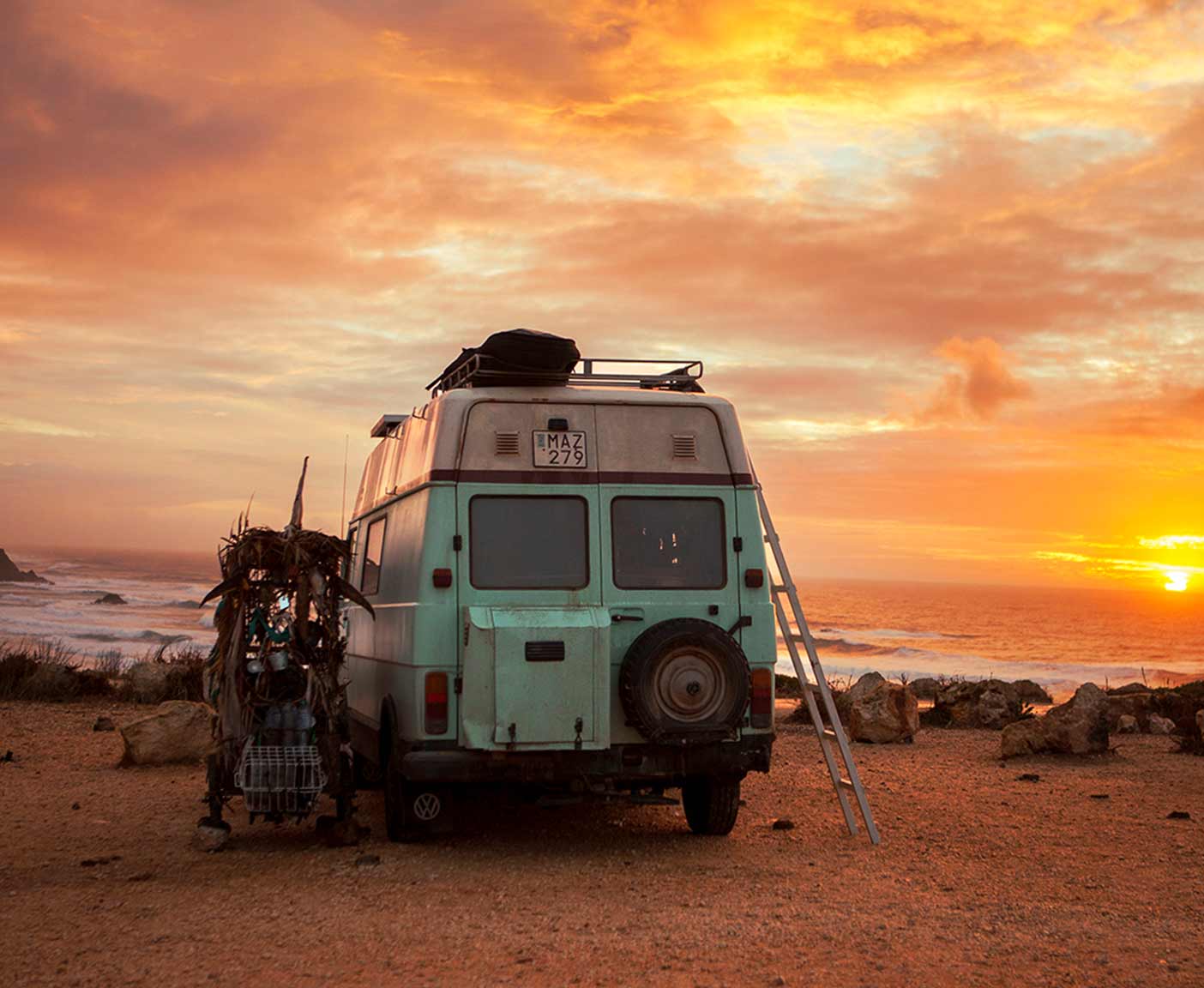 What was the longest road at one piece you drove with your vehicle?

On our way back to Scandinavia, our van broke down in the middle of the mountains in the north of Spain, and we had to change the whole differential.

Our Spanish is very limited and so were the English of the locals in the little village we got stuck in. So our mission to ship a new rear axle and get it replaced took us some time.

We ended up a month behind schedule, so from there we drove day and night back to Sweden. We drove the last bit from Hannover to Gothenburg in one go, which is not much with a passenger car.

If we do! But we searched for a long time before we did though. We almost gave up until we entered Portugal and found the van life paradise!

We struggled during winter, when the nights got cold. Showering during summer was never a problem, as we could simply hang our shower bag outside in the sun and enjoy a hot shower in the nature.

It didn’t really worked the same in January, so you had to be creative to find a shower wherever you were. These struggles you never face living in a house, and it was always a bit of a mission staying warm and clean during winter.

Other than that it’s probably the limited amount of space, but that’s also one on the beauties with living in a van. 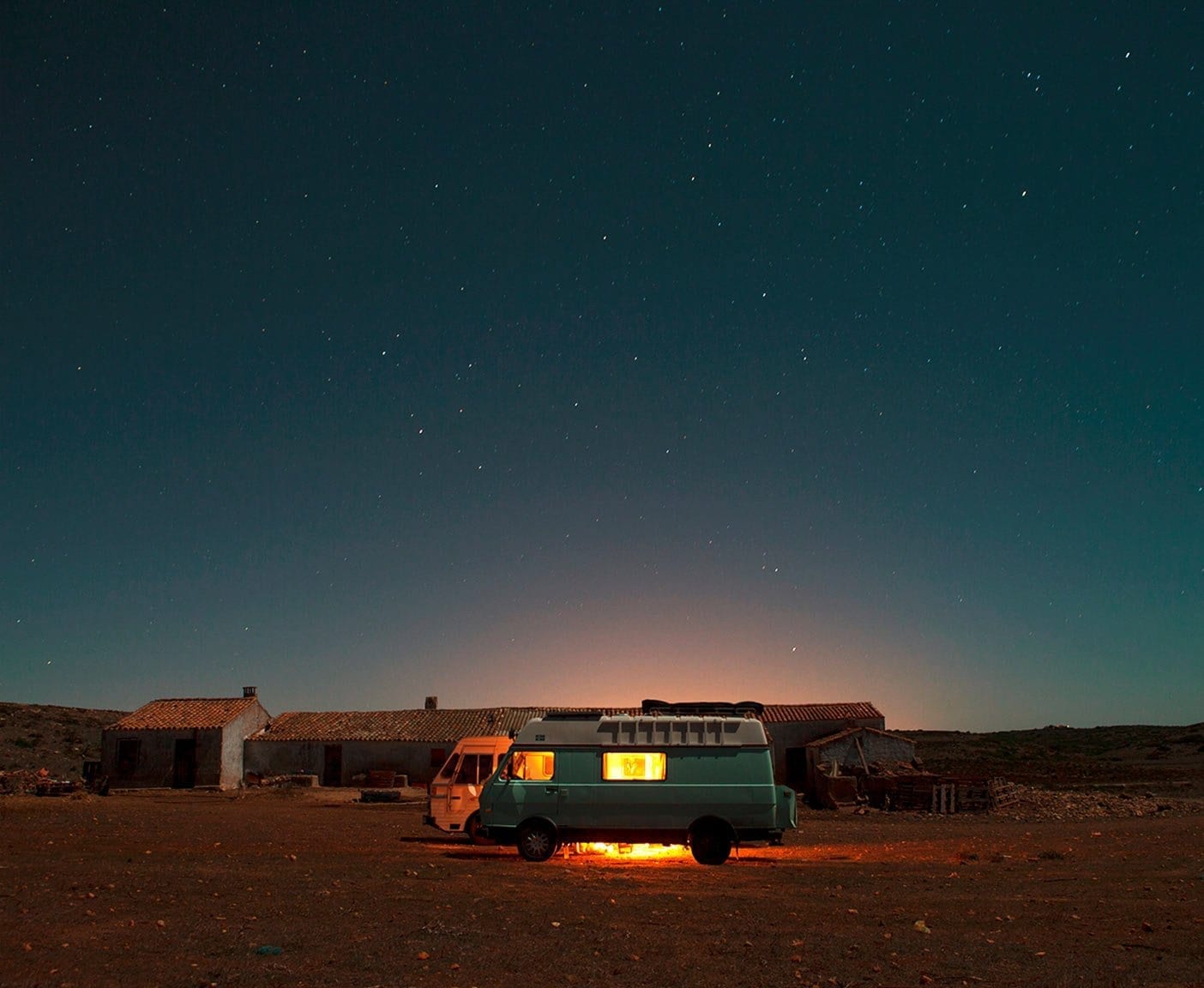 Our plan is to get one van each, so where the next destinations will be, only time will tell…
If you want to know more about this journey check Instagram.

Who wants to know more about a van conversion should visit this page. Click here.